Interact: A mod for Minetest.

This mod is designed to automatically grant new players on a server interact. A formspec will be show when the player joins, and there is a command to bring the formspec up later in the game. There are 3 screens that they go through. The first one is a check if they like griefing (One for really stupid griefers!), the next checks if the player just wants to look round the server, and the final one shows the rules, and asks the player to accept them. Finally, there is a screen which offers the player a quiz, which s/he has to complete successfully to get interact.

Almost everything in the mod can be configured to how you want it.

You will probably want to replace the default rules with your own in rules.lua. Also, the quiz should be adapted to your rules, thus the quiz questions are found in rules.lua also.

Everything else that you need to configure the mod can be found in config.lua. If you want to, have a look over it before running the mod, to see if everything seems to be as you want it! 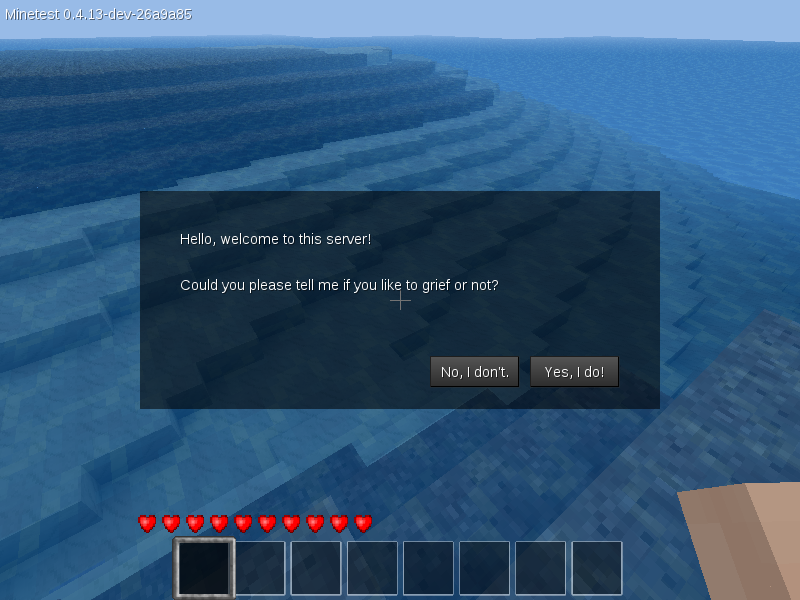