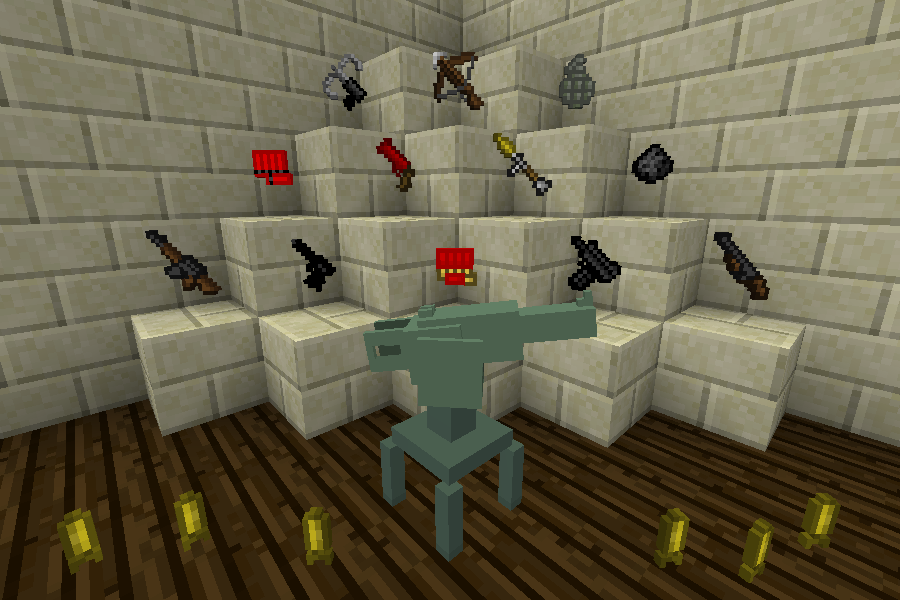 A simple first person shooter mod originally developed as part of a game that was never completed. Now distributed as a Minetest Game compatible mod-pack.

Adds a crossbow with colored arrows.

Adds a mountable turret gun which can also be triggered by mesecon signals. Still WIP and experimental and may be subject to change or removal.